First of all, a huge thank you to everyone who took part in Facial Palsy Awareness Week which ran from 1-7 March 2016. People from all over the world have been sharing their stories, videos, organising events and more. What a wonderful week it has been! One of the nicest stories from the week was hearing about 11 year old April from Alabama in the USA. April came up with the idea of making a bookmark with information about facial palsy on, which she then gave out to all her classmates. We loved this idea which we thought was a very clever way of educating people about facial palsy. Well done, April!

The general public’s awareness and perception of facial palsy

Research Now supported Facial Palsy UK in gaining insight into the general public’s awareness of specific medical conditions relating to facial weakness. We published results of this survey (download in full here) on 1 March to coincide with Facial Palsy Awareness Week. Our infographic shown left gives an overview of some of the key facts we learned from this survey.

Sadly there was little appetite for this news and we received no national media coverage. What did become clear is that we need more research into the numbers of people affected by facial palsy and how many are struggling to access specialist care. We also need stronger evidence as to how physiotherapy helps. Professor Jonathan Cole, consultant in clinical neurophysiology, summarises the impact physiotherapy has:
“Physiotherapy is often about more than facial therapy; it allows the patient time with a professional to explain and support. Physiotherapists play an important role in boosting self-esteem and providing education to patients about the condition.”

Freya, who was born with facial palsy, was quite nervous about raising awareness at her college but decided to throw herself into it with bundles of enthusiasm. She decorated a stall on 1 March and invited students to #facemyday. She was also interviewed by the Bath Chronicle and is due to record a radio interview with BBC Somerset. Freya’s story has also been featured on the college website and in theWestern Gazette..

Chelsea, also born with the condition, was interviewed by the Hartlepool Mail about her experiences and did an excellent job in explaining the impact facial palsy has had on her life.

The staff at the Queen Victoria Hospital in East Grinstead raised awareness of facial paralysis with colourful face-painting and were featured in the East Grinstead Courier. Catriona Neville also submitted awareness week news to the Chartered Society of Physiotherapy.

The ParliAble Workplace Equality Network agreed to hold a facial palsy event on 2 March. The aim of the event was to help people understand more about facial palsy and also how they may help someone diagnosed with the condition. The event was held in the River Room in the House of Lords, by kind permission of the Lord Speaker (pictured above with event organiser Philippa Tudor and Facial Palsy UK Trustee Vanessa Venables). Thank you Philippa for organising the event. As an introduction the Lord Speaker read Sherry’s poem shown below.

Effaced in History wrote about Facial Palsy Awareness Week on their blog.

Northampton Town Football Club featured Facial Palsy Awareness Week in their match programme on Saturday 20 February ahead of a fundraiser organised by Abbie Callen, who is a season ticket holder with Facioscapulohumeral muscular dystrophy (FSHD).

New group for parents and carers of children with facial palsy

During Facial Palsy Awareness Week we launched a pilot Facebook group for parents and carers of children with facial palsy. We already have 30 members. If you care for a child with facial palsy and would like to join please send a request. To see the full group guidelines click here. If you don’t have Facebook then we will do our best to put you in touch with other families in our network.

We have to say a huge thank you once again to all those who have been holding quiz nights, bake sales, doing face painting, #facemyday challenges and more. The Norwich Support Group members did a grand job of raising awareness, they organised a cake stall at the Norfolk and Norwich University Hospital and took turns manning it through the day. Another 11 year old girl making an impact is Abbie Callen who with the help of mum Jo and sister Hollie organised a quiz and bingo night in Northampton with over 100 people attending. We will give more details in our next newsletter, we have so many people to thank. One of the largest events that took place during awareness week was a Ben Lomond Climb, organised by Cheryl Shepherd with the help of work colleagues and friends. Video footage is shown below, click the picture to view the video. 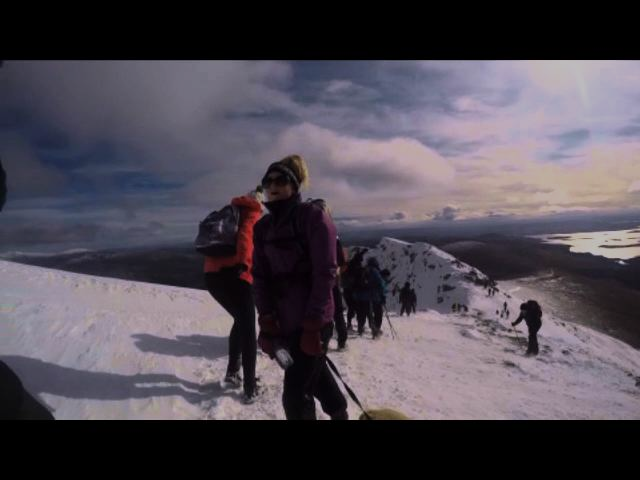 We tweeted all week about the different causes of facial palsy and 729 people signed up for our Twibbon campaign where you change your online profile picture to sport a Facial Palsy Awareness Week banner.

Our Thunderclap ‘Care more for lost Smiles’ reached 84,298 people via social media. The focus was on raising awareness of the need for improved access to specialist therapy and development of the MIRROR app. More information is available here.

This has been a quick round up of the news from Facial Palsy Awareness Week. There will be more news in our next newsletter. Please remember there are two support groups happening this Saturday, one in Leamington Spa and the other inExeter. Thank you as always for your support. If you would like to contact us about anything in this newsletter please email info@facialpalsy.org.uk or call us on 0300 030 9333. Thank you again for all your support.

Back to News Archive

We can only continue our work with your help, please consider making a donation to Facial Palsy UK today.

What is Facial Palsy?

The term facial palsy generally refers to weakness of the facial muscles, mainly resulting from temporary or permanent damage to the facial nerve.

We use cookies to ensure that we give you the best experience on our website. If you continue to use this site we will assume that you are happy with it.OKView our Privacy Policy